A number of Michigan GOP electors were named in a lawsuit after they falsely declared in official documents that former President Trump won the 2020 presidential election.

In the lawsuit filed Wednesday in the Kent County Circuit Court, three Democratic presidential electors accused the 16 Republicans of submitting fraudulent election certificates in a scheme “to steal the election and install the losing candidate as President.” Michigan’s Democratic electorate had already filed their official documentation certifying President Biden’s win.

The lawsuit alleges that the GOP electorates created a fake election “certificate signed by the defendants and styled ‘Certificate of the Votes of the 2020 Electors from Michigan, which they offered as an official public record.”

The plaintiffs — Blake Mazurek, Robin Smith and Timothy Smith — also noted in the suit that the GOP electors claimed they had “convened and organized in the State Capitol on December 14, 2020 to cast Michigan’s 16 electoral votes for Donald Trump, when in fact none of this was true.” They allege that, in reality, a group of the electors had walked to the Capitol after a Michigan Republican Party meeting and were denied entry.

The plaintiffs are seeking damages of at least $25,000, claiming that they “suffered humiliation, mental anguish and stress as a result of being cast in the false light created by defendants’ election fraud and lies.”

The lawsuit comes a week after Michigan Attorney General Dana Nessel (D) reopened her investigation into false electors in the state, saying that the behavior of the 16 GOP electors “can’t go without any consequences.” 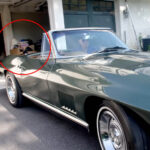 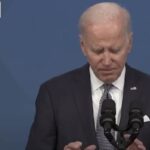