This is the 3rd report we’ve done today on “sudden deaths” of young and/or healthy people. But if you follow along on Wayne Dupree, you know we’re covering as many of these “sudden deaths” as we see, because we believe there needs to be a comprehensive, non-political investigation into what’s going on. Now, I know not every death is “suspicious,” and many young people who die, have other issues. But when we see so many young people dying in their sleep, or dropping dead from heart attacks, it’s normal, and SMART to start asking the hard questions.

In this story here, I am going to tell you about a popular Haitian singer by the name of Mikaben. He was playing at a venue in Paris, when suddenly and out of nowhere, he dropped dead on stage.

The moment he collapsed was caught on video, although it’s very blurry, but still, I want to warn you.

Friends and people working with him said he was in great spirits right before the show started. Nothing seemed wrong or out of the ordinary.

Miami Herald reported that he was one of the most talented musicians of his generation whose ode to his country — “Ayti Se” (Haiti is) — two years after its most devastating tragedy, the 2010 earthquake, touched Haitian hearts around the world. Michael Benjamin, who was better known by his stage name, Mikaben, died Saturday after collapsing on stage in Paris while performing with the Haitian konpa band CaRiMi. He was 41. “This is a shock,” Haiti-born hip hop artist and three-time Grammy winner Wyclef Jean told the Miami Herald.

Jean said and Mikaben were hanging out together in New York with Haiti-born DJ and producer Michael Brun at his Bayo musical tour. Brun had brought Jean out as a special guest, and he later brought Mikaben and the other artists out for a jam session.

The artist had apparently passed out after he finished performing and proceeded to leave the stage. Later, Pedre, who was at the concert, relayed that he was receiving CPR. As he confirmed his passing, the Haitian music world, including his fellow CaRiMi artists and management, was in shock. “I’m in disbelief,” singer Roberto Martino said through tears. “This is somebody I was working with for years and considered a brother, a good friend. We talked almost everyday. We have a chat together.” Martino told the Herald that he and Mikaben spoke right before he took the stage in Paris. “He was so happy. He couldn’t wait to get on that stage with CaRiMi. It was one of his biggest accomplishments in life. It’s a band that he idolized. I’m at a lost for words. I’m broken.

“Mika was one of the most talented artists that I had ever met in my life,” Martino added. “One of the most humble guys; you never heard him being mad or cursing at anybody. It’s just sad; unbelievable.”

The youngest of three siblings, Mikaben married Vanessa Fanfan in November 2020 They have a daughter and are expecting another child. He also has a son from a previous relationship. In addition to his wife and children, Mikaben is survived by his parents, siblings and a large fan base.

How sad. He was so young and had so much more to offer.

My hope is that his family finds out what happened, and why, so they can find some peace as they try to process this sudden tragedy. 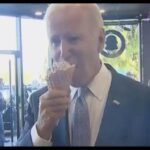