I don’t think DeSantis will run head-to-head against President Trump. That would be political suicide and he and his establishment supporters know that. I think what will play out, is that after they indict President Trump with crimes, DeSantis will step in to “save the day.” I think it’s all planned out. I am not saying DeSantis is in on it, I don’t know what he’s doing behind the scenes, but I know the rumors floating around are not good, but those are rumors, not facts.

However, I do believe that the establishment globalists who are trying to stop President Trump and destroy MAGA, believe DeSantis is their key to doing that, and if they play their cards right, and we don’t “wise up” and see what they’re doing, they may be right.

And now, Florida legislatures are changing the law in the state to make sure DeSantis can run for president… that’s a big bold move. I wonder who’s behind it? Probably Paul Ryan and Jeb Bush.

Bizpacreview reported that Florida Gov. Ron DeSantis defeated his Democratic opponent so thoroughly that, in the eyes of many, he was catapulted to the front of the line in the 2024 presidential election, surpassing even Donald Trump. It remains unlikely that DeSantis will go toe-to-toe with the former president, but Florida state legislators are discussing changing a state law to allow DeSantis to mount a White House run without resigning as governor.

And they have the means to do it given that while the GOP at a national level eked out a majority in the House by a sliver and failed to capture the Senate, Florida Republicans secured a supermajority in both chambers of the state legislature.

Section 99.012 of the Florida Statutes, the Resign-to-Run Law, states: “No officer may qualify as a candidate for another public office, whether state, district, county or municipal, if the terms or any part thereof run concurrently with each other, without resigning from the office he or she presently holds.”

Under the law, an office-holder can make their resignation effective the day they would assume the new office if elected.

Florida’s incoming GOP leaders have said they’re willing to change the law to allow DeSantis to continue as governor while campaigning for president in 2024, should he decide to run.

“Both House Speaker Paul Renner (R-Palm Coast) and Senate President Kathleen Passidomo (R-Naples), both of whom were sworn into their new posts on Tuesday, agreed it would be a ‘good idea’ to make it clear that DeSantis would not have to resign if he wound up becoming the GOP nominee,” the outlet reported.

“If an individual who is Florida governor is running for president, I think he should be allowed to do it,” Passidomo said. “I really do. That’s a big honor and a privilege, so it is a good idea.”

DeSantis has shown no urgency in engaging in what would be a heavyweight contest with Trump, as seen in his remarks last week during a press conference.

DeSantis has come out and very gingerly brushed off the rumors that he’s running in 2024. It was a very “Hey guys, let’s focus on work” type of comment. I think something much bolder and more deliberate needs to be said by him, and until he does that, the rumors will keep churning, and the scumbags in The Lincoln Project will keep making ads supporting “DeSantis 2024.” 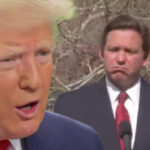 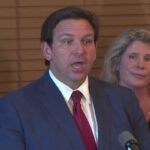